On a day that marked the celebration of the 12th International Day of Non-violence at the University of Nairobi, students, staff, partners and the University community gathered to remember the ideals of Mahatma Gandhi. The celebrations were held at the Chandaria Auditorium, Main Campus on October, 2, 2018.

Gandhi was described as a nationalist, an environmentalist, a man of action who was devoted to a course: the end of colonial rule and the independence of India. He galvanized millions of Indians to reject the British imperial rule and eventually in 1947; India was declared an independent republic. Gandhi was a great philosopher.

The keynote address was delivered by Prof. Gilbert Edwin Meshack Ogutu, who proposed the establishment of a center of excellence on non-violence. Prof. Ogutu opined that establishing such a center will go a long way in entrenching the ideals of Mahatma Gandhi. He observed that the philology of Mahatma Gandhi has influenced many world leaders including; apartheid icon Nelson Mandela, Martin Luther King , Julius Nyerere, Patrice Lumumba and Nobel Laureate Wangari Maathai among others.

The ideals of Mahatma Gandhi have been adopted by the United Nations in resolving conflicts around the world. The United Nations has been using arbitration, negotiations as a way of achieving peace. “Gandhi proved non-violence works”, she said.

University of Nairobi Vice Chancellor, Prof. Peter Mbithi noted that the International Day of Non Violence is a day of reflection of peace and tolerance. He observed that the University has strong ties with the Indian Community, who have been very generous since its inception in 1956 as Royal Technical College. They contributed resources that helped in the construction of Gandhi Wing and the Administration block. Prof. Mbithi stressed the importance of embracing peace as it is the best environment for growth and development. “Education is the best change agent in the pursuit of peace. I believe Gandhi philosophy will continue to be relevant in our lives”, he said.

The celebrations were attended by among others; the High Commissioner of India, Ms. Suchitra Durai , Makueni Governor, Prof. Kivutha Kibwana and Ambassador Christopher Chikaa from the Ministry of Foreign Affairs. 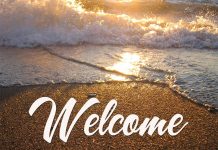 A NEW CUP OF TEA

HOW MICROFINANCIERS SHOULD HANDLE CUSTOMERS AMID THE COVID- 19 PANDEMIC 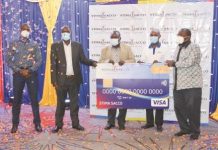 THE RISE OF STIMA SACCO

No Images To Display